It’s a common misconception that being frugal and cheap are the same. While there are some similarities, there are also major differences between the two. This article explains those differences and why they’re important. Hopefully, it helps to clarify the difference between frugal vs. cheap so you can see where you fall on the spectrum.

To understand the major differences between cheap and frugal, it’s important to first define what each term means.

Frugality is about making mindful decisions with your money and only spending what you need. Frugal people focus on long-term value. They’re willing to spend a little more to get a higher-quality item that will last longer. They may also look for ways to use items they already have instead of buying new things.

On the other hand, cheapness is about getting the lowest price possible without much regard for other factors. Cheap people are completely focused on spending as little money as possible. They will try to get the lowest price on everything, even if it means sacrificing quality or usefulness.

What Does It Mean To Be Frugal?

Being frugal means making smart decisions with your money. This involves saving money in the short term and creating more opportunities for long-term financial security. Frugal people are willing to invest time and effort to find ways to save, like comparing prices, researching products, and taking advantage of coupons or discounts. They aim to get the best value out of every purchase by considering quality and longevity instead of simply considering price alone.

Frugality is the opposite of extravagance or wastefulness. A frugal person is careful with their money and only spends when needed. They love to save money where they can through careful spending habits, with the goal of having more in the future.

Being frugal doesn’t mean you don’t spend any money. It means you’re mindful of your spending and think about the bigger picture. Frugal people are not cheap. They just know how to save money and be wise with their finances.

Frugal living is also about priorities. Most frugal people are willing to spend their money on things that matter most to them, but they look to save on other things. For example, a frugal person may be willing to spend money on a nice vacation because they value travel and time with their family. But they may drive an older high-mileage car because having a nice, new car simply isn’t important to them.

Common Characteristics of a Frugal Lifestyle

Here are some characteristics that often indicate someone is frugal:

What Does It Mean To Be Cheap?

A cheap person is focused on getting the lowest price possible, no matter the impact. Cheap people are more concerned with short-term costs than with long-term value. They prioritize low prices over quality and often choose a lower-quality item just to save a few bucks.

A cheap person would sacrifice certain comforts or conveniences to save money. It can also involve cutting corners in ways that may be seen as unethical by some, such as buying fake designer items, taking advantage of free services without providing payment in return, or skipping out on bills.

Being cheap can also lead to an internal focus. In addition to impacting your own lifestyle, cheapness can impact generosity and willingness to help others. Cheap people may be seen as selfish or ungenerous, and they may have difficulty empathizing with people in need.

Common Characteristics of a Cheap Lifestyle

Here are some characteristics of people who are cheap:

Is It Bad To Be Cheap?

There’s no right or wrong answer, but it’s important to think about the impact of this mindset.

Being cheap can be detrimental if it takes away from your relationships and sense of empathy for others. It can also lead to financial insecurity in the future if you don’t consider long-term value when making purchases. Additionally, it can hurt your quality of life if you don’t want to spend money even on things that are important to you.

Frugality is generally seen as positive because it involves careful planning for the future and mindful spending that considers quality over just low prices. Frugal people often focus on generosity, investing in relationships, and their own financial security.

What Does It Mean To Be Stingy?

Stinginess is like being cheap, but it goes a step further. A stingy person is seen as ungenerous, tight-fisted, or mean. They may hold onto their money tightly and not want to share it with anyone. They may be unwilling to give or lend money. Stinginess can come from an emotional place of fear or insecurity regarding money.

Can You Be Frugal and Cheap?

According to the definitions we’ve laid out in this article, it’s not really possible to be both cheap and frugal. Frugality emphasizes the long-term value and personal priorities, while a cheap mindset means you’re concerned only with price. However, it’s possible to fall somewhere in the middle rather than firmly committing to either extreme and being 100% cheap or frugal.

How To Be Frugal Without Being Cheap

If you want to save money without sacrificing quality or feeling guilty about not being generous, here are some tips for adopting a frugal lifestyle without being cheap:

Frugal vs. Cheap: The Determining Factors

At the end of the day, it’s up to you to decide where your priorities lie. Cheap and frugal people are concerned with saving money, but the similarities end there.

Being frugal involves focusing on saving money in the long term, while cheap focuses only on price. If you want to save money without sacrificing quality or feeling guilty about not being generous, consider adopting a more frugal mindset.

Careful planning and mindful decision-making make it possible to save money without compromising your values. Ultimately, whether you choose to live frugally or cheaply, make sure that you’re considering all aspects of the situation and looking out for your long-term well-being.

By learning how to differentiate the difference between cheap and frugal and implementing strategies for each, you can make smart financial decisions that benefit both you and your wallet.

Are You Frugal or Cheap?

Now that you know the difference between frugal and cheap, it’s time to look at your own money habits. Are you living a frugal lifestyle, or are you being cheap? Do you prioritize long-term value and mindful spending, or just purchase the cheapest items available?

Once you’ve identified where you currently stand in the frugal vs. cheap comparison, decide if that’s where you want to be. If so, great! And if not, you’ll need to change your mindset and approach to finances.

Is frugal the same as cheap?

No, being frugal and being cheap are not the same. The definition of frugal is making wise decisions and utilizing resources efficiently, while a cheap person focuses solely on price and cost. Most people feel that being cheap is bad, while frugality is usually seen as a positive.

A frugal person prioritizes spending on things that are important to them and looks for ways to save as much money as possible without sacrificing quality. They practice delayed gratification, shop around for the best deals, and look out for their long-term financial well-being.

Is it OK to be frugal?

Yes, it’s very ok to be frugal! Living a frugal lifestyle is an excellent way to save money without sacrificing quality or feeling guilty about not being generous. By making mindful decisions and utilizing resources efficiently, you can ensure that your finances are in order and your long-term goals are met.

As long as your decisions are based on conscious thought and consideration, being frugal is an excellent way to ensure financial security.

Is it OK to be cheap?

The word “cheap” generally comes with negative connotations. Being cheap is about spending as little as possible without being mindful of your decisions’ long-term value or consequences. It also often leads to feelings of guilt or unfulfillment due to a lack of generosity and appreciation for experiences.

To make wise financial decisions, it’s important to prioritize long-term value and look for ways to save money without sacrificing quality. This is the essence of being frugal and will lead to a more successful financial future.

Is frugal positive or negative?

Frugality is generally considered a positive thing. It involves making the most of what you have and practicing sound financial habits. By focusing on long-term value and planning, you can ensure that your finances are in order and your long-term goals are met.

Final Thoughts on Cheap vs. Frugal

When making financial decisions, it’s important to know the difference between being frugal and cheap. Being frugal involves focusing on long-term value, while being cheap is focused solely on price.

By learning how to implement strategies for both scenarios and exercising conscious thought when making decisions, you can make smart financial choices that benefit both you and your wallet. Ultimately, only you can decide where your priorities lie – but consider adopting a more frugal mindset if you want to save money without sacrificing quality or feeling guilty about not being generous.

Hal is passionate about managing money and investing. He loves to write about the websites, apps, and techniques that he uses in his own life to manage his own money more effectively. 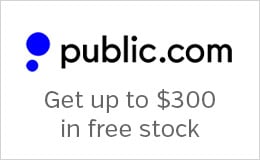 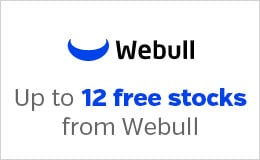 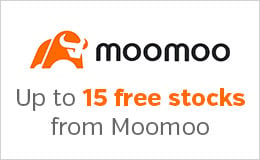 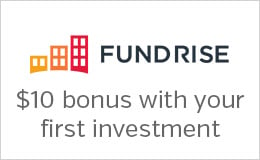